Automation technologies and the future of work 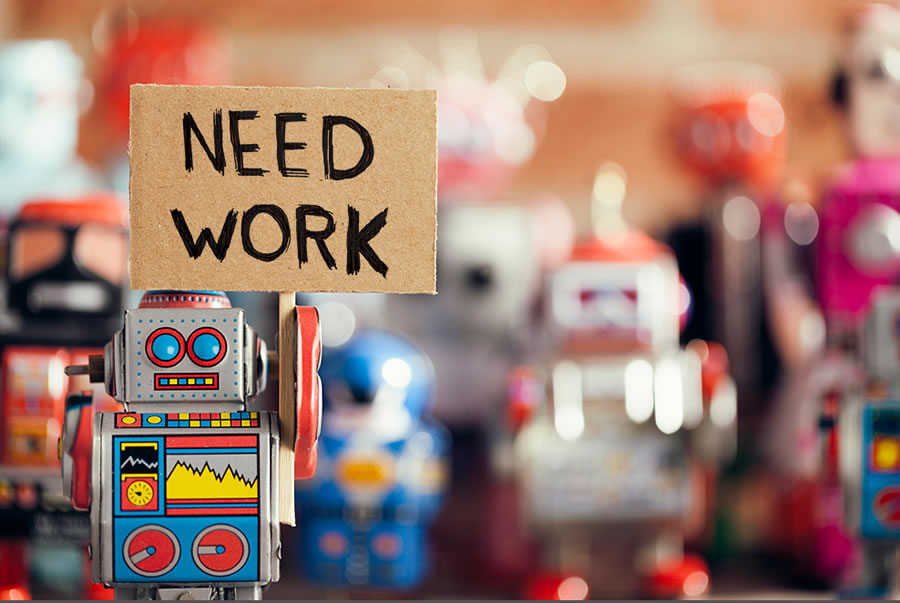 Recent rapid advances in artificial intelligence, robotics and other forms of smart technologies have led to widespread concern about the potential impact of automation technologies for the future of work. Some paint a doomsday scenario with the unstoppable march of the robots resulting in large numbers of our jobs wiped out, widespread technological unemployment and ultimately an economic and social dystopia.

The NERI has recently become involved in the debate and discussions around the impact of automation technologies for the future of work with a special focus on this issue in our Spring 2019 Quarterly Economic Observer. Our labour market conference tomorrow will also see myself and my colleague present on these issues with a joint paper titled ‘The impact of automation technologies for the quantity and quality of employment’.

In terms of how automation technologies might affect the quantity of jobs in Northern Ireland our recent work estimates that around 7% or 60,000 jobs are at high risk of job loss from automation technologies. A further 58% are estimated as being at risk of substantial change to the tasks involved in their job over the medium term. Whilst, undoubtedly these numbers imply a large number of job losses and disruption for many workers we argue that this does not mean that workers are going to be joining the dole queue as a result. We, like many others, anticipate that there will be enough new jobs created to replace lost jobs, and consequently we argue that technological unemployment is not a key concern.

However, we also argue that just because a worker who has lost their job due to automation technologies finds another job to replace the one lost, does not mean that advances in technology are not having an impact or that the effects of technology are wholly positive. This is an impetuous conclusion which ignores the fact that technology can displace workers in ways other than via unemployment or job loss. The various different ways that automation technologies can displace workers is often ignored in debates about their impacts, as the discussion remains steadfast focused on estimating how many jobs and what jobs may or may not be automated.

Worryingly, however, whilst technology has been replacing jobs in traditional sectors such as manufacturing, with new jobs within the services sector, the economy has not been replacing like with like in terms of job quality. We point this out in our Spring 2019 Quarterly Economic Observer - as the structure of the economy is shifting many people are moving in to better jobs, however there are also many people who are losing out and moving into poorer quality jobs. Many workers are being displaced out of relatively well-paid, secure jobs and are only able to find alternative employment in insecure, precarious, poorly paid jobs.

On a quick glance then it looks as though automation technologies is either not having an impact, or indeed is having a positive impact, as more and more people are engaged in the labour market. Dig a bit deeper however and you see that automation technologies are changing the structure of the labour market which is having an impact on the quality of jobs available.

The policy response to automation should be centred on improving job quality across the labour market, but particularly in those sectors and occupations that are unlikely to be automated but have been undervalued for too long.

If we have a labour market with strong collective rights and bargaining, it will become easier for workers in 'bad jobs' to fight for and achieve better conditions. If we have a fit and relevant skills infrastructure, we can begin to recognise and reward skills in order to build career progression within these sectors. Furthermore, we argue for the introduction of a new occupational infrastructure in order to rebuild good quality jobs and make good ‘bad’ jobs. This will require a social dialogue between Government, employers and trade unions. This will ensure that the gains from further advances in automation technologies are more equally shared and that large swathes of our workforce are not left behind as the price worth paying.