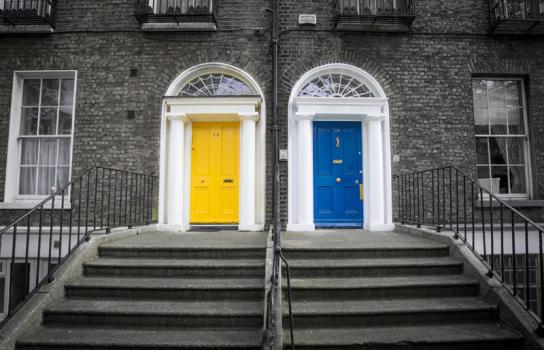 Budget 2020 is an opportunity to widen the tax base and increase scope for spending on areas like childcare, education and infrastructure. One of the best ways we can do this is by increasing the property tax. The latest NERI inBrief makes just such a case.

So what is the case in favour of shifting the composition of taxes in favour of a higher property tax? We can broadly summarise the case as follows:

Its notable that the Irish republic’s revenue yield from what  are known as recurrent taxes on immovable property (mostly property taxes) was just 1% of economic output (GNI* basis) in 2017, while EU revenue from these taxes was 1.6% of output (GDP basis). This suggests significant scope for increasing the Local Property Tax in Budget 2020 and beyond.

It is important to acknowledge some of the main concerns. The most significant of these is the potential to cause economic hardship in a small number of cases. Obviously, this concern is common to almost all forms of taxation.

In my view, the hardship argument is best resolved through a deferment system for low-income households. Such a system is already in place in Ireland with interest charged on the deferred amount. The deferred amount along with the accumulated interest is payable on the sale or transfer of the property. This resolves the hardship problem while simultaneously protecting government revenue over the long-term.

There is a secondary argument that the family home is not wealth. However, the argument ignores the fact that the principal residence is a capital asset that the owner can buy or sell and that accounts for significant inter-generational wealth transfer. In addition, owning a house allows owners greater access to financial markets (e.g. for loans). Over the long term, people who rent often pay as much, if not more, on annual housing costs as people who purchase housing, but only the homeowner ends up with a valuable asset.

Overall, there is a strong efficiency and equity case for increasing the yield as a proportion of output. In practice, this means increasing the rate and updating valuations.

Political economy realities mean that rate increases would need to happen gradually over a multi-year period. An increase of 0.01% per annum would imply an annual increase of €27.50 (€0.53 cent per week) for the median property rebased at November 2019 values.

An annual increase of 0.02% in the rate over a 10-year period, combined with revaluations every 3 years, should be politically feasible and would be economically desirable.