As we continue to monitor and analyse the impact of the coronavirus in Northern Ireland more and more data is coming to light that helps us to fill in the gaps in our knowledge. 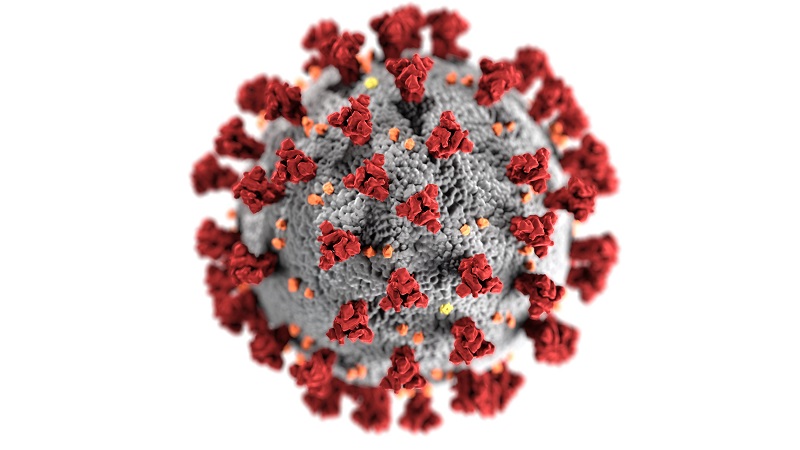 Earlier this month, we got the first official estimates for Northern Ireland of the uptake of the UK government schemes that were put in place back in March.

Figures from Her Majesty’s Revenue and Customs reveal that just over 211,000 people in Northern Ireland were furloughed under the Coronavirus Job Retention Scheme. If we take the number of furloughed employees as a percentage of the total number of employees before the onset of the pandemic, we can show in the table below that NI had the second highest percentage of employees in the scheme of any UK region. This is somewhat surprising given that the scheme does not apply to public employees and NI has among the highest share of public employees of any region. 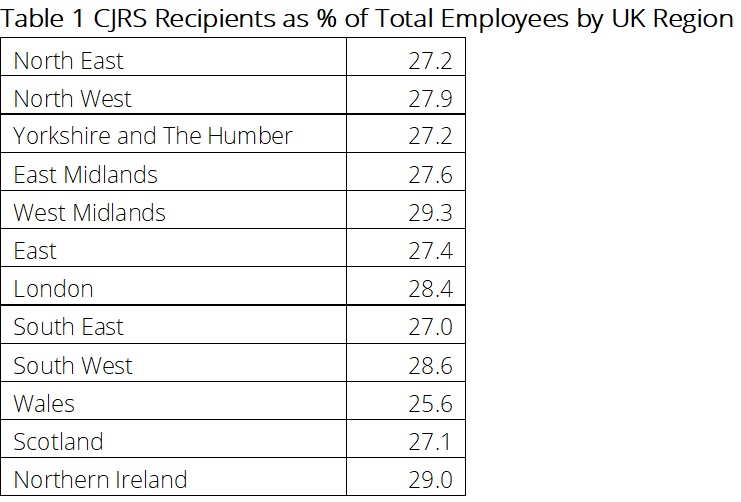 Northern Ireland also has one of the highest take-up rates for the Self Employment Income Support Scheme. HMRC provided regional estimates of how many self-employed people would be eligible to claim SEISS. As there is no explanation for how eligible population estimates are arrived, the table below also shows the number of claimants as a percentage of the number of those self-employed in each region according to the latest Labour Force Survey. By either measure, NI has either the highest or the second highest proportion of claims of any UK region.

These figures have good points and bad points. On the positive side, government assistance has helped a higher proportion of people in NI than any other region. Given the explosion in unemployment that would have taken place in the absence of these schemes, this is welcome. On the less positive side, it shows the mountain that NI will have to climb on exiting the lockdown phases of this pandemic. It also shows that any early closure or curtailment of these schemes could hit NI very hard.

There was more data released earlier this month from the Understanding Society survey which has run special modules to assess the impact of the coronavirus in the UK. Looking at those who reported a fall in working hours, similar to the HMRC data, NI had the highest proportion of those losing hours due to furlough, but more worryingly, NI also had the highest percentage of those losing hours due to unemployment, double that of England and Wales.

Looking at earnings, the Understanding Society data shows Northern Ireland and England have seen the largest declines. For those who have seen a 5% and a 20% decline in earnings, NI and England report higher percentages than either Wales or Scotland.

In terms of how people have coped with lost income, the data show that people have dipped into saving, spent less or used help like mortgage holidays. NI reported a far greater number of people using Universal Credit to make up for losses. However, NI also reported a far greater number of people making up for lost earnings by getting new work. Looking at household finances, NI reported the highest proportion of people who expect their financial situation to be worse off next month. 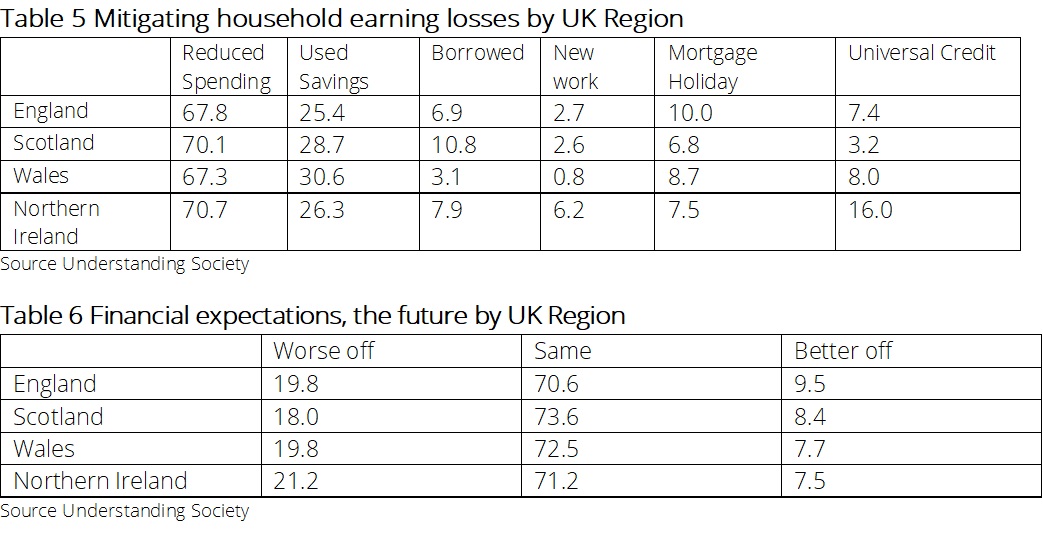 All of this data helps us to get some kind of picture of exactly what kind of economic crisis we are in the middle of. At this stage the scale of the policy response that will be required to exit the current lockdown phase certainly looks to be of a different order to anything that has gone before.

Tags
Employment and Future of Work
Wages and Incomes