Getting our house in order 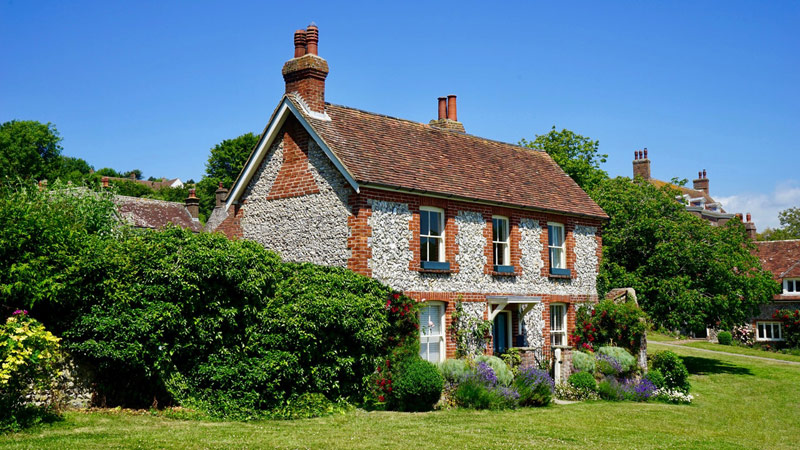 Last week we received the latest figures on residential property prices in Northern Ireland. The main news from this release was that house prices grew by 2.3% over the quarter and by 4% on an annual basis. This represents a return to a more robust phase of growth which has taken a bit of a dip since Brexit. In the two years leading up to the Brexit referendum, the average quarterly growth rate for house prices was 1.8%. In the two years that followed Brexit referendum, the rate halved to 0.9%. This quarters figures brings the average growth rate since then back up to 1.2%.

What does all of this mean for the Northern Ireland economy, is it good, bad or does it matter at all? In many people’s minds, rising house prices are a clear signal of a strong economy, but the reality is that movements in house prices could be telling us any number of things.

The Economic and Social Research Institute in Dublin released two reports last week looking at the Republic’s housing market, one looking at whether house prices were sustainable and another report looking at affordability. On both counts the ESRI failed to identify a problem.

This was greeted with a mix of confusion and then consternation by people working in the housing sector for whom the lived experience of the Republic’s housing market seems a world apart from that discussed in the research.

In order to unpack this, it is worthwhile looking at exactly what the two ESRI reports were measuring and the caveats that they attached to their findings. Looking at the sustainability of house price growth the first report sought to measure the rent-to-house price ratio or ‘yield’ across the country.

Basically, put this measures the sustainability of house prices based on the rents that can be charged for them. If the rent that a property could garner is close to the cost of paying a mortgage on a property the yield is considered to be high. If rent falls significantly below the mortgage cost, the yield is low.

A very low yield would indicate that the price of the property is running away from the income that could be derived from the property through rents. Having higher but stable yields is, by this measure, a sign of a healthy property market.

There is one big problem with such a measure and, to be fair, the authors of the report flag this early on. The rent-to-house price ratio is a product of both rents and housing prices. It only shows a problem if one of these measures diverges from the other. If they both move in the same direction, no problem is flagged.

This means that if property prices increased by 50% in one year - something which happened at the height of the last boom in Northern Ireland – so long as rents increased by 50% at the same time, no problem would be identified.

This is a fairly structural weakness of this measure of sustainability since most people working in the Republic’s housing sector believe that increasing rents are driving increasing house prices. These rental increases are only sustainable so long as people can afford to pay them. If, by some reason, people’s wages can no longer afford the rents being charged, rents drop and the yields drop fairly quickly thereafter. Quite suddenly then, property prices become overvalued.

In order to really address the sustainability of house prices, we need therefore to look at housing affordability, which was covered in the second ESRI report. Here the ESRI examined whether incomes in the Republic can afford the cost of buying a property.

Once again, the research here seemed to contradict the perceived reality. The ESRI found that, adjusted by regions, average incomes could afford the average monthly repayment on a first-time home and still afford a basic standard of living.

This should actually not be a surprising finding. We know from the evidence in Northern Ireland, that owner occupiers spend the least amount of their income on housing. What the ESRI report doesn’t measure is the ability of the average wage to assemble a deposit and purchase the house in the first instance.

Once again, the authors acknowledge that this is significant caveat but there is a key interaction with the rental market here as well. If a prospective buyer is paying high rent, they are likely to find it difficult to save for a deposit. However, in the act of paying this high rent they are also actively contributing to an increase in the value of property. They are, in effect, running to stand still.

The sustainability of a housing market should be measured by affordability. Different groups of people will require different types and forms of housing and affordability needs to be addressed across all of them. Interactions between sectors of the housing market matter and measures should not be taken in isolation.

The two ESRI reports are really great research that adds substance to the debate but it would be very dangerous to take comfort from their limited conclusions. This matters for Northern Ireland too. In relative terms our housing market looks much more sensible than the Republic’s. However, look closer and it doesn’t take long to find pinch points between sectors where affordability issues arise particularly for those on the lowest incomes. We would do well to get our house in order too.