Improving wellbeing: But what is it and who’s responsible? Northern Ireland’s new approach to governance 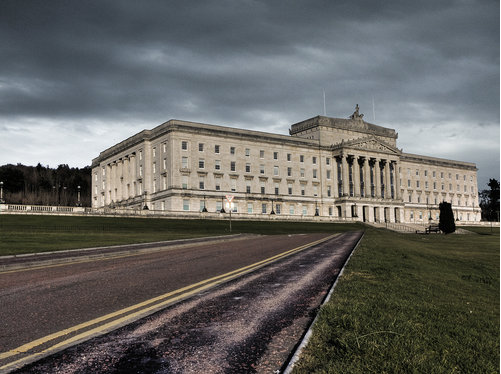 In Northern Ireland’s new draft Programme for Government (2016-2021) ‘wellbeing’ is embedded as the central concept on which the Executive seeks to base its new approach to governance. On the first line of the introduction to the draft document it is said that the ‘Programme for Government is designed to help deliver improved wellbeing for all our citizens.’. Moreover, the overarching single-line strategic purpose of the Executive is set out as being to ‘improve wellbeing for all - by tackling disadvantage, and driving economic growth’.

The Executive is not alone in its endeavour towards a focus on wellbeing as a way to deliver public policy and assess societal progress. The United Kingdom, Scotland, Wales, Republic of Ireland, Finland, France, Norway, Italy, Spain, Canada and Australia are among those striving to develop, or have in recent years developed, wellbeing frameworks for this same purpose – though these frameworks have manifested themselves differently across different countries. This recent rise of focus on wellbeing is linked to a questioning of the long-term equating of economic growth with economic and societal progress. Numerous high-level international institutions, most notably the OECD (2011a; 2011b) and the European Commission (2009) and the high-profile report from the Stiglitz, Sen, Fituossi Commission (2009) have been most influential in raising concerns regarding the fact that macro-economic growth statistics, such as GDP provide deeply flawed assessments of progress. They have also been highly influential in giving legitimacy to the wellbeing agenda and the idea that the progress of society is most effectively captured via a focus on wellbeing.

Wellbeing however is a slippery concept that is difficult to define. It has been used over time by different groups, in different ways, to support different agendas and to connote different things. For example, in everyday conversation we hear people talking about their own wellbeing or the wellbeing of their families. Businesses and major corporations sell the concept of wellbeing as something that is achieved through the consumption of their products. Health clinics often run wellbeing clinics. There are wellbeing coaches and wellbeing spas and retreats all of which claim to help one achieve wellbeing. There is also a large self-help literature focused around wellbeing that gives advice on how to achieve wellbeing via diet, exercise, music and a whole host of other techniques.

What is clear from all of this is that wellbeing is used with ease in so many ways, to mean so many things so that the term is trivialised, whereby everyone knows how to use the term and has some understanding of it, but the complexity and specificity of the term is lost. Furthermore, the term is frequently used interchangeably with other terms such as quality of life, happiness, satisfaction, welfare and standard of living so that muddy waters become even muddier.

The non-specific, all-encompassing vague nature of the term inevitably means however that politically it is useful. For this reason, it is important that when wellbeing is identified as the principle goal of public policy that careful scrutiny is given to what is meant by well-being, how and why it is being mobilised, who is responsible for implementing it, with what effect and for whom. However, on reading through the Executive’s draft Programme for Government (2016-2020) it remains difficult to answer any of these questions which is leading to wide skepticism on why this approach to governance is being adopted.

Taking first what is meant by wellbeing besides stating that the ‘notion of individual, economic and societal wellbeing reflects the very helpful work undertaken locally by the Carnegie-UK Trust’s Roundtable’ the Programme for Government does not specify what is meant by the term. In looking to the report from the Carnegie-UK Trust’s roundtable for clarity wellbeing is described as ‘a holistic concept, bringing together social, environmental, democratic and economic outcomes’. Besides anything however, it is disconcerting that the Executive is relying on publications from the Carnegie-UK Trust’s roundtable to explain this approach. In reading the Carnegie-UK Trust’s roundtable report we see that they intentionally did not go into detail on which outcomes should be included when assessing wellbeing but rather recommended that there be a society wide conversation on wellbeing which feeds into the development of a wellbeing framework, given that the selection of outcomes inevitably reflects a set of values of those who compose the list. Hence, whilst it is perhaps clear from the draft Programme for Government that the Executive intends on understanding wellbeing as comprising a set of outcomes it must be remembered that such an approach is based on a set of normative ideals of what the component aspects of wellbeing are. In this sense, the list of outcomes that should be taken to constitute wellbeing is not obvious even if it is claimed that these are things with which people can easily identify with. The Executive needs to elaborate in the Programme for Government on how the outcomes which are included were selected. It would also be interesting to know if there were any outcomes that were considered for inclusion that were subsequently left off the list – and if so what was the rationale behind this.

A different but related concern is the connection between outcomes and indicators. The process by which ‘primary supporting indicators’ were selected to measure progress (or regression) from an outcome is not detailed in the draft Programme for Government. In this way in selecting a range of indicators to assess a particular outcome it is inevitable that what gets measured is what ends up mattering and so the choice of indicators will in the end reflect a set of priorities which will drive action. It is thus imperative that the Programme for Government provides details on why particular indicators were selected to assess progress towards outcomes. The Programme for Government need also reflect on the adequacy (both strengths and limits) of each indicator to assess a particular outcome and what additional information might be required for the production of more relevant indicators. It would be worrying if the only defense behind the selection of indicators for the measurement of each outcome is that they are statistically robust indicators. Whilst the robustness of indicators is significant it is questionable whether or not this should be the key driving factor for selecting indicators, as seems to be the case. Surely the focus should be on identifying what matters for each outcome and then getting indicators to match this?

Furthermore, do all outcomes matter equally for wellbeing or are some more important than others? Even if there is agreement that all of these outcomes are important for wellbeing there is a need to discuss whether they all matter equally. An additional question is that even if they are argued to be of equal importance for wellbeing does this mean that they should be funded equally or will some outcomes require more funding than others to achieve progress? There needs to clarity on who and how they will decide this?

Another point of concern about the draft Programme for Government is that while there are details of which indicators will be used to assess each wellbeing outcome, there is much less information on how the data will be used to inform policy formulation. For example, if progression is slower or weaker for particular indicators under an outcome how will this be reflected in terms of policy developments or actions towards achieving an outcome? In this sense, will indicators be weighted equally in terms of capturing progress towards an outcome and if so what is the justification for doing this?

Furthermore, the lack of detail in regards to how the new approach described in the draft Programme for Government is going to be mobilised and who is responsible is concerning and requires much further clarification. In this respect, even if there is some merit behind the general point that achievement of some outcomes cannot be delivered over a single mandate of the Northern Ireland Assembly it is not enough to just set out high-level outcomes in a Programme for Government without providing details on when any progress towards any of these outcomes will be achieved. There needs to be, at the very least, a commitment in the Programme for Government to interim outcomes (we might think of short-, medium- and long-term outcomes) with specific details on what progress is to achieved towards each outcome over the next five years.

In terms of responsibility for achieving progress towards these wellbeing outcomes currently, the only details the consultation document gives in this respect is that some responsibility for achieving wellbeing will be passed onto individuals, reflected in a statement on Page 7 which states that this approach will be developed by ‘searching for ways for all members of society to take opportunities for realising their own self efficacy and wellbeing’. It also states that progress towards wellbeing will be achieved via ‘partnership with local government, the private sector and the voluntary and community sectors’. There are no details of the specific responsibilities which the Executive will take for improving wellbeing versus the responsibilities of these other ‘partners’. Furthermore, whilst some of the delivery plans for particular outcomes details in broad terms the partners who will commit to action towards the outcome, much of the details in this are described as ‘subject to resources’. The question in the end remains – who is responsible for improving wellbeing?