Moving towards a Just Transition 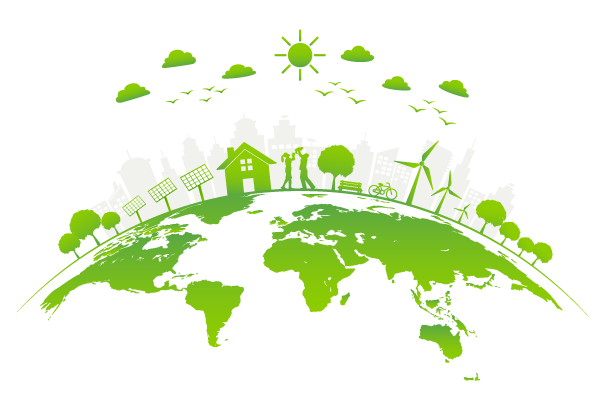 Environmental breakdown is occurring at an unprecedented rate. The move to a low-carbon economy must incorporate principles of justice for the workers and communities affected. A Just Transition accommodates and addresses social concerns and possible inequities that may emerge as policymakers make efforts to promote ecological sustainability. This implies that environmental policy should not cause undue social or economic harm to workers and communities hitherto reliant on environmentally damaging activities.

Job creation, in itself, is not a sufficient criterion for a successful Just Transition. Conditions at work and the social and economic effects of employment for communities is also pivotal.

On solely pragmatic grounds, an approach that does nothing to protect livelihoods and decent employment will likely see any plan fail. The concentration of emissions intensive jobs in a number of economically depressed regions presents a challenge in this respect. This is proving true in the Irish context, as Bord na Móna’s and the ESB’s wind-down of peat use threatens jobs in the Midlands region, among the worst performing regions in the state. As ICTU point out, this represents a test case for carbon transition.

Without government intervention, reorienting the economy will severely affect these households and communities. Policymakers should see the gravity and urgency of the transition to a low-carbon economy as an opportunity, not only to establish the conditions for broad-based, sustainable improvements in living standards, but also to realise spatial development goals of successive Irish governments. Indeed, the international literature suggests that a move to environmentally friendly production and consumption offers many opportunities for decent employment.

Results from a series of public opinion surveys over recent years show a near consensus in Ireland on the need for policies to fight climate change and the willingness to support those policies and others to facilitate a sustainable development path in a Just Transition to a low-carbon economy. The European Social Survey release (2016), estimates that 66.2 percent are in favour of ‘subsidies for renewable energy to fight climate change’, with only 17.5 percent against. For those who voted in the previous election, those in favour were 70.8 percent and 15.2 percent against and for Fine Gael voters, 76.4 percent were in favour and only 13.3 percent against. A Special Eurobarometer report (2017; 459) on the attitudes of Europeans to climate policy also shows almost unanimous support among the Irish population of the need for strong government intervention to reduce carbon emissions. Almost ninety percent agreed that ‘more public financial support should be given to the transition to clean energies, even if it means subsidies to fossil fuels are reduced’ and 95 percent agreed that it’s important that ‘government provides support for improving energy efficiency’ (retrofitting and electric cars). The vast majority of Irish residents also agree that measures to fight climate change, reduce fossil fuel imports and promote clean technologies will be economically beneficial in the long run. Almost 90 percent agreed that ‘fighting climate change and using energy more efficiently can boost the economy and jobs in the EU’ (zero percent answered that they ‘totally disagree’).  The highest share of any country (79 percent) agreed ‘that reducing fossil fuel imports from outside the EU can benefit the EU economically’, with 87 percent agreeing ‘that promoting EU expertise in new clean technologies to countries outside the EU can benefit the EU economically’. More recently (May 2019), another special round of Eurobarometer (492) showed near unanimous support for the principles of a Just Transition with 96 percent of Irish respondents agreeing that it should be the EU’s responsibility ‘to address energy poverty and ensure a fair transition’.

Where workers have their concerns about their futures addressed in a credible way, the evidence suggests that they support environmentally friendly policy. Where opposition exists, it is often tied to the economic and social impacts they perceive to be tied to such a transition. The credibility of and support for any disruptive plan for greening the economy depends on the level of participation in decision-making of both workers and communities.

The Just Transition agenda is necessarily expansive and policy responses to match it will be diverse.  One aspect of a Just Transition will be managing the labour market changes that arise from a shift to more ecologically friendly production. Our recent paper and the NERI’s latest QEO focus on this aspect of transition.

We identify six sectors, which contribute the majority of emission (close to 88 per cent) while accounting for just under 9 per cent of aggregate employment. These sectors are at high risk of substantial change, though labour market shifts won’t be limited to these activities. Data point to a relative concentration of these jobs in regions outside of Dublin, including the Midlands and the West.

The ease of labour market transition is also affected by skill levels present among workers.  While the exact direction of skills demand is difficult to forecast accurately in light of unpredictable technological change etc., the literature suggests that the transition will require workers with STEM and Administration and Business qualifications. We identify additional risk factors within the labour force of some of these at-risk sectors and make the case that some sectors are more prepared for the transition (likely require less upskilling) than others. For example, the age profile in crops and animal production is much older and the share with higher education is much lower than average. This will mean significant planning and resources for upskilling if land use is going to change in the coming years towards more sustainable processes, such as solar or forestry. The opposite is the case for Electricity, steam, gas and air conditioning (think ESB and Bord na Mona) where the workers are on average more highly skilled and could be redeployed in new green industries with relatively ease.

We show that the level of horizontal and vertical skills mismatch in the Irish economy compared to other EU countries is high. Worryingly, Ireland has relatively low rates of in-job training and cutbacks to education at third level are unwise in the face of a changing skills environment. Lower investment levels in these areas will have a negative impact on long-term growth and Irish living standards.

The analysis also identified a vast pool of unutilised or underutilised skills in areas of relevance to the transition to a low carbon economy in the potential labour force (a wider indicator of unemployment, which includes discouraged workers and the underemployed).  These include many inactive individuals with bachelor degrees or more, many with post-secondary qualifications in STEM and Business and Admin and many with previous work experience in occupations of relevance to future green jobs. We argue that with the right demand-side policy government could mobilise these skilled individuals to help drive the transition to a sustainable economy at the same time as creating decent employment and laying the foundations for broad based, sustainable growth. This of course is contingent on government recognition of the scale of the problem and the mobilisation of state finances for investment in more sustainable industries, where firm and household level investment has been insufficient.

Examining international case studies, we find that successful transitions away from carbon intensive activities involved substantial social dialogue, including agreed timelines between trade unions, employers and broader communities with all levels of government. This allows for a proactive policy response and a managed transition, facilitating retraining and limiting worker and regional disruption. We also find that involvement in planning by local affected actors is key to long term legitimacy, and allows for tailored policy that is responsive to varied local conditions. Institutions that manage in job training – like the Swedish job security councils – also ease job transitions. Social protection also plays a key role here, managing the transition for workers themselves and supporting demand in communities to prevent further damage. Investment in infrastructure is also key if regions are to begin to diversify away from carbon activities and develop high value low carbon industries.

We recommend a framework that incorporates high-level policy direction and planning that incorporates local participation. This entails binding emissions targets that match the science. Local input into planning and implementation can overcome obstacles to change and avoid the pitfalls of one-size fits all policy. Ireland’s relative under collection in social insurance suggests that government could raise money to manage the transition and upskill workers across the economy.

The government should not approach coming transition passively. Properly harnessed, this transition could do more than simply limit damage – it could develop regions and increase living standards. The state can and should lead to shape the direction of travel with a mission-orientated approach to develop the economy ahead. To do otherwise would be to waste a golden opportunity.