In this week's blog, NERI economist Paul Goldrick-Kelly argues that Polanyi's thoughts on the relationship between markets and society could help us address climate breakdown. 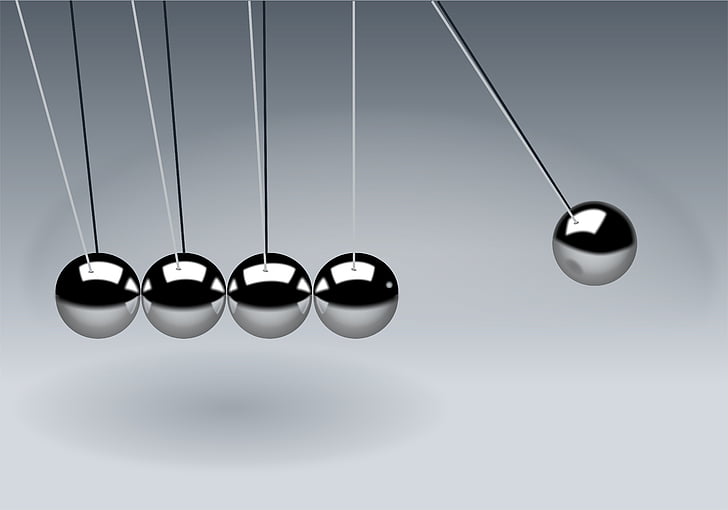 Saturday, August 22nd 2020, represented Earth Overshoot day according to the global footprint network. This represents the point at which human consumption exceeded earth’s ability to regenerate these resources over the course of 2020. As you are reading this, we are overdrawing on nature.

This actually represents an improvement on last year, where overshoot day fell earlier than ever before on July 31st, 2019. Improved performance is linked to pandemic related lockdowns. Still, the latest overshoot date is far earlier than would have been the case relatively recently. It implies humanity’s annual consumption would require 1.6 earths to be sustainable. This is despite the enormous numbers of people unable to access needed resources around the world, particularly in the global south.

It is increasingly clear that our economies are dangerously disconnected from the stable environmental conditions they rely on. Record high temperatures have become normal, as have unprecedented droughts and storms. Changes in climate and habitat disruption could even have implications for the spread of dangerous disease, as animals carrying previously unknown pathogens are thrown into increasing contact with humans.

In The Great Transformation, social scientist Karl Polanyi saw these kinds of social and ecological dysfunctions as tied to projects of economic liberalism which seek minimal “government interference” in free markets as an ideal.

He saw traditional economics as fundamentally limited by its lack of appreciation for context. These formalist economic conceptions imagine the economy as disconnected individuals making decisions in situations of limited resources. Typically, these tools model people as if they were self-interested machines optimising decisions for the greatest gains. This tends to be the economics taught in microeconomics courses.

For Polanyi, this was too limited - economics is also about how people make a living in the context of social relationships, morals and the environment. In his study of historical societies, he argued that customs and non-market relationships were crucial to understanding the economies of the past. Modern economic concepts would not be applicable in these historic situations in Polanyi’s view, contradicting a classical perspective that saw these rules as generally true in all times and places.

This substantitvist view of the economy sees economies as embedded in wider culture and nature – economic choices are influenced by other people, norms, institutions and ecology. This is even true today, where our economies are largely shaped by markets – our interactions are coloured by prevailing attitudes and social ties even in business decisions.

Similarly, we are coming to understand nature as more than a mere backdrop to the economy. The economy is deeply entwined with nature.

For Polanyi, problems arise when the idea spreads that the economy could be disembedded. He saw this idea of the self-regulating market operating independently of constraints imposed from outside as utopian and doomed to failure. These ideas tend towards the “running of society as an adjunct to the market” - a “market society” in which society comes to be dominated by market rules.

This was most objectionable where the critical economic factors of labour, money and land were subjected to the whims of the market. Whereas true commodities were produced for sale on the market, these inputs could not be. Hence, Polanyi termed them “fictitious commodities”.

These “fictitious commodities” cannot simply become subjected to pricing solely determined by the market without severe disruption. In the case of land – which can be read as nature more broadly – its treatment as just another good for sale leads to exploitation to the point of exhaustion of ecological systems.

According to sociologist Michael Buroway, in addition to the two waves of liberalisation observed by Polanyi – which saw an advance in the market treatment and production of the three fictitious commodities – we can add a third wave from the 1970s. This “neoliberal era” extended market rules governing labour, money and nature itself.

From this perspective, the fact that this era has coincided with ever greater ecological damage is no accident. The additional impulse to marketisation accompanying the collapse of the soviet bloc and market reform in China sees its echo in rapid expansion in carbon emissions– more than half of the cumulative emissions since the industrial revolution have occurred in the last 30 years.

However, Polanyi concluded that a move in this liberalising direction, where fictitious commodities are subjected to unrestrained market forces, prompts a backlash from wider society which demands control over them. The previous marketisation waves were ended by movements and progressive state intervention – the initial 18/19th century wave by the rise of trade unions and their associated political movements, the latter by the adoption of the welfare state after the second world war. Thus, as the pendulum swung towards increased market dominance, a swing back would eventually curb and reverse this trend, in a double movement.

This historical sweep may give us reason to hope for the future. Recent political developments and polling suggest that we are ready for action to seriously change how we relate to nature. Progressive movements and civil society groups demanding Just Transitions want a reintegration of our economies with society and nature so that the economy comes to serve the society.

Our current crisis moment shows us that things beyond GDP growth matter to us. While much remains to be done to limit the damage we do to nature, we could make the movement which forces the issue. Change is possible, sometimes it just takes a crisis for us to realise it.

It is time to drive the pendulum back.