The rising tide of unemployment: Government policy is key to preventing a winter of discontent

The seasonally adjusted Labour Force Survey estimates for Northern Ireland for the period June-August 2020 showed that, over the quarter the unemployment rate increased by 1.2pps to 3.7%. I believe this figure alone represents the start of the labour market shake-out and beginning of crises (as being able to be seen through data) for the labour market. 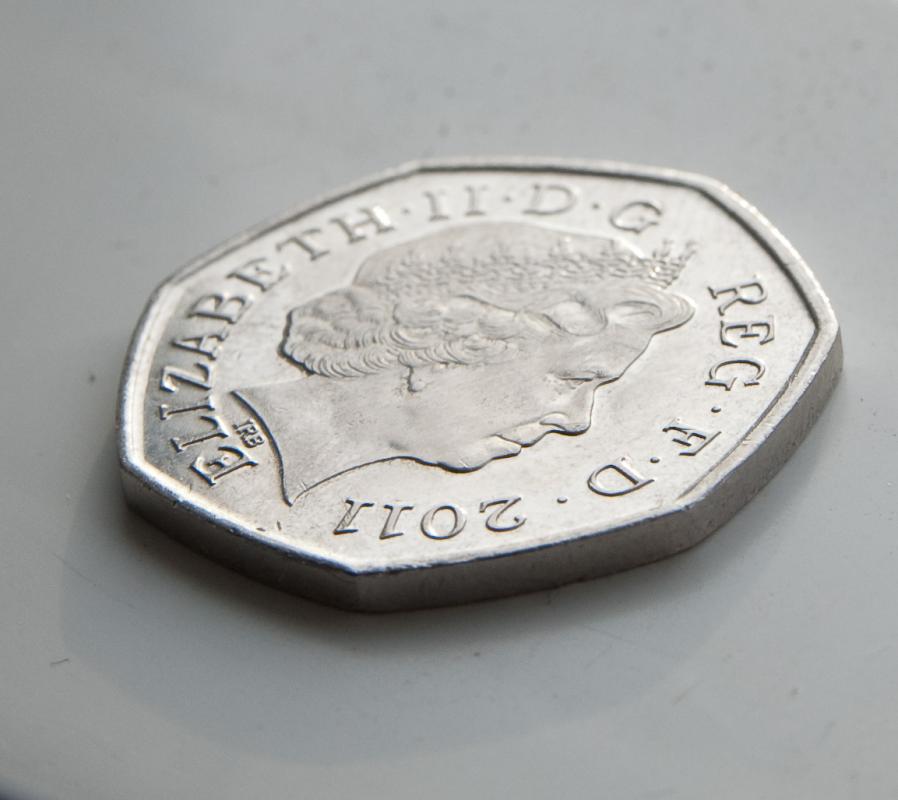 However, as will be outlined in this blog, whilst it is foolish to imagine that our labour market does not face into the possibility of a monumental unemployment crisis it would be similarly mindless to not recognise the key role of Government policy in determining the scale and shape of this crisis.

Whilst some might look at the above stated unemployment rate and remark that with everything that is going on, they thought the unemployment rate would have been much higher. It is important to remember however that these estimates of the unemployment rate cover only the period between June – August 2020. This was a period during which the labour market was being fairly well protected through Government policy. Up until the end of July the Coronavirus Job Retention scheme in place paid workers 80% of their usual earnings up until £2500 per month, but only required employers to pay employees for the hours that they actually worked, whilst still allowed them to claim from the scheme for hours not worked. For August, the government still continued to pay 80% of wages up to a cap of £2,500, whilst employers had to begin to pay employer related national insurance contributions and pension contributions for the hours the employee is on furlough.  As such, during the period for which the data discussed covers the labour market was fairly well-protected with the Job Retention Scheme stemming any significant rises in unemployment. That being said, what is also clear is that as soon as the Government started to remove supports the rate of unemployment started to increase – and sharply.

Indeed, it is important to draw attention to the relativeness of the most recent unemployment figures. This increase in the rate of unemployment represents the largest percentage point increase in unemployment since November-January 2013. It also marks a notable rise in the historically low unemployment rate of 2.3%-2.5% which we had at the start of this year and indeed have been teetering around for well over a year.

Now however as we face into another period in which significant parts of our economy have been forced to shut down again, we will continue to see the rate of unemployment rise. This is because the economic supports put in place to protect our workers job and livelihoods during this lockdown are a far cry from the economic supports that were put into place to protect workers during the lockdown induced by the first wave of the Covid-19 virus. Thus, whilst we seen the Job Retention scheme do a stellar job at protecting the labour market and preventing a surge in unemployment the current policy interventions rank only mid-class.

For clarity’s sake, it is worth making clear the current Government labour market supports. From the 1st November 2020 for a period of 6 months the Government supports for workers and businesses will be provided through the two pillars of the Expanded Job Support Scheme:

The Job support scheme provides support for ‘viable jobs’, that is jobs in which there is currently some work to do and that can be done. Under this scheme the business will pay its employee their usual pay for any hours worked, but the cost of hours not worked will be split between the employer, the Government (through wage support) and the employee (through a wage reduction), and the employee will keep their job. The Government will pay a third of hours not worked up to a cap, with the employer also contributing a third. This will ensure employees earn a minimum of 77% of their normal wages, where the Government contribution has not been capped.

The Partial job retention scheme is most similar to the flexible Job Retention Scheme that was in place back in August in which an employer was able to furlough employees and claim from the scheme, whilst only being required to pay employer related national insurance contributions and pension contributions for the hours the employee is on furlough. However, a key difference between this new scheme and the one in place back in August is that the partial job retention scheme can only be claimed businesses mandated to close by any of the four national governments in the UK. Furthermore, the proportion of an employee’s pay covered by this scheme is reduced to 67%. The original Job Retention Scheme covered 80% of wages up to £2500.

A number of reasons can be identified as to why the above policies are unlikely to do enough to stem large increases in unemployment.

Firstly, whilst the Chancellor Rishi Sunak announced a partial return of the job retention scheme almost two weeks ago this was in many cases already too late. In this sense, delays in announcing this scheme meant that it will have come too late for many workers that businesses would have already had to let go. Nowhere was the importance of this delay more pronounced than it was in the Derry-Strabane area who were put under local lockdown at the start of October. At this stage there was no announcement that there would be an extension of the furlough scheme passed its original end date of October 31st. Indeed, as the job support scheme was announced in its place, all indications looked as though it would not be extended.

Secondly, while the job support scheme will hinder the coming rise in unemployment, it will far from stop it. Indeed, there has been much criticism of this scheme in terms of its design, meaning that we are likely to see a proportionately higher increase in unemployment than had this scheme been designed differently and more similarly to other short-time work schemes in place across Europe, such as the Kuzarbeit scheme in Germany. In this respect, the job support scheme requires employers pay a much larger contribution from employers to the cost of the scheme, asking them to pay half of the 67p the worker receives for each £1 of lost wages from the hours they do not work, in addition to the wages for the hours the employee works. This is much less generous than that provided in other short-time work schemes across Europe. Furthermore, as illustrated here by the Resolution Foundation the scheme actually gives employers no incentive to retain two members of staff working half-their previous hours, as opposed to one of them on those full previous hours.

Thirdly, we are going to see a large increase in unemployment because of the fact that we have all but put our economy back into lockdown again, but we do not have in place the same level of policy protections to stem this rise. In this respect, whilst we have seen a return of the job retention scheme – the return is only partial – and there are a lot of gaps. Most notable amongst this is that the newly announced partial job retention scheme is only available to those workers whose employers have been forced to close because of Government public health restrictions. As such, there are gaps for second- and subsequent order businesses in the supply chain who are not forced to close by restrictions but whom rely on the shut-down business being open for their very existence. The most obvious example here includes those who provide stock for the shut down hospitality sector.

Moreover, given that the key public health message now is ‘stay at home’ it stands to reason that those allowed to remain will see a drop off in their economic activity.  Coming to mind here is the non-essential retail sector who in Northern Ireland are allowed to remain open at present. However, there is likely to be a huge dip in demand, not least because of the public health messaging and so we are likely to see a rise in unemployment amongst people employed in this sector.

As we emerged from the first lock-down we saw first-hand how drastic an impact Government policy had on protecting the labour market. Going forward we must remember that the Government policy can continue to influence how large the rise in unemployment is going to be, by fixing cracks and filling holes in current policy interventions.

But however, as we face rising unemployment, we need we look at the economic supports which are in place for those who lose their job. Until now limited attention has been given to out-of-work supports as all eyes to-date have been on in-work supports. It’s high time that we give credence to the need for Government policy to be introduced now to limit any labour market crises becoming a living standards crisis. To do this we need to focus on unemployment supports and the key role which our social security system can play to do this. 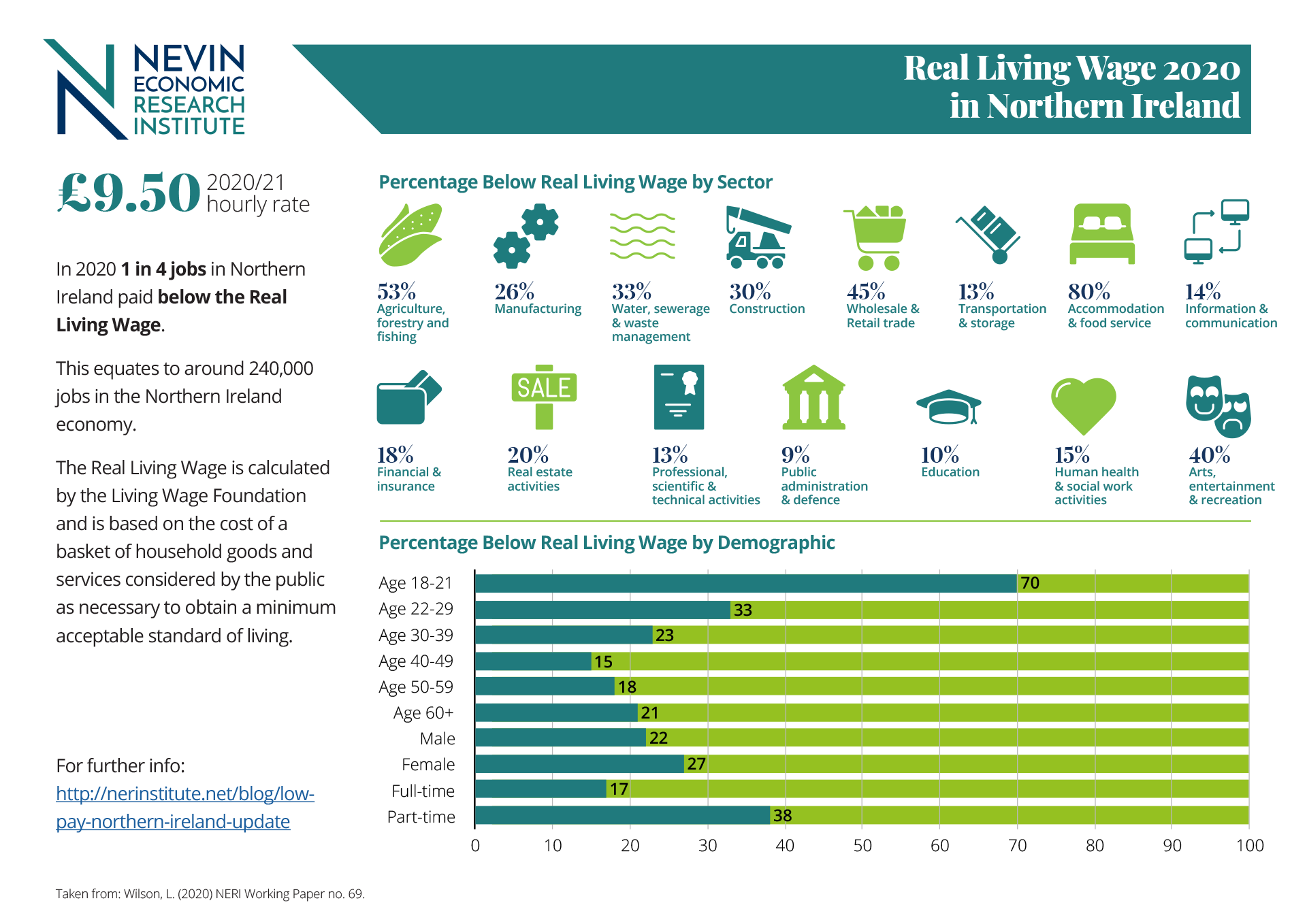