In our latest blog, NERI economist Paul Goldrick-Kelly points to issues of affordability experienced by private tenants in the Republic of Ireland over the last several years. He argues for policy to protect renters from Covid-19 related difficulties and to start building a more secure housing system. 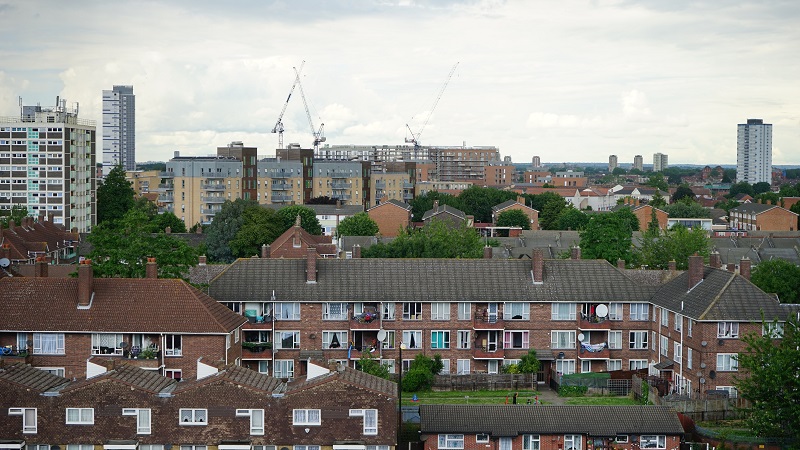 The private rental sector has grown substantially in recent years. Decades of policy to promote homeownership rates in the Republic of Ireland to some of the world’s highest seem to have been undone quite quickly. Where almost four of every five households owned their homes in the 1990s and early 2000s, by 2016, this had fallen to just over two in three. Nearly one in five of homes are privately rented nationwide, this climbs to one in four in Dublin.

Developments prior to the current Covid-19 crisis coincided with substantial growth in asking prices for houses. Between 2012 and 2019, the average price of a new home in Dublin nearly doubled to €380,400 from €200,000. Under central bank rules, household income would need to be €100,000 to qualify for a first-time mortgage for an average Dublin property. This would place homeownership out of reach of over 85% of Irish households.

This has been a clear push factor into the private rental sector, particularly for the young. Indeed, “generation rent” explain most of the fall in homeownership seen in Ireland. According to the housing charity Threshold, less than one in three private tenants rented by choice in 2018.

This growing portion of the population confronted inhospitable conditions on the market. An enormous 96% of private renters recently surveyed said it was difficult or extremely difficult to find accommodation.

Rents climbed to record levels. The RTB rent index displays standardised rents which take account of the changing mix of properties rented over time. The RTB rent index shows that adjusted national private rents in the third quarter of 2019 were 25% above pre-crash levels and 67% above 2012 lows. This rental inflation was particularly severe around Dublin, where adjusted rents were up by more than a third relative to the end of 2007. Even so, rents outside Dublin were still nearly a  fifth higher than they were at the end of 2007.

In the meantime, nominal wages had only increased by 9% – with this growth concentrated among higher income groups. Where the RTB’s national average standardised rent was a fifth of gross average wages in 2012, this was 37% by the third quarter of 2019. In 2018, private tenants were nearly 12 times as likely as homeowners with a mortgage to face housing costs of more than 40% of disposable income, including rent subsidies.

These affordability issues have been compounded by insecurity for tenants. Indeed, insecurity in the private rental sector represented a leading contributor to homelessness. 58% of surveyed homeless families left their last stable home because of tenancy issues.

The Covid-19 emergency has significantly changed the context in the private rental sector. Government measures to halt increases in rent and delay evictions for the duration of the crisis have offered some protection for renters.

However, Threshold reports a surge in calls from private renters since the onset of the pandemic who fear they will not have a place to stay and warns that we may see a surge of homelessness as the emergency measures expire. This is all the more likely given the disproportionate job losses among young and precarious workers, cohorts likely to have been forced into the private rental sector in the first place.

Government must prevent such a situation arising. Government should examine measures to ensure that rent arrears don’t result in unsustainable debts for renters. TASC have pointed to debt difficulties private tenants faced before the crisis. As Dr. Amie Lajoie observes, many renters cannot avail of the streamlined rent supports introduced by government.

In the longer term, we must fundamentally change our approach to housing. As I argued in a previous blog, a rerun of the recent past, with all its related dysfunction, is possible if we opt for a “return to normal”. This will require a broad strategy to address problems in many linked parts of the housing market, including tenancy arrangements for those in the private rental sector. We should converge on European standards for tenant rights to ensure the private rental sector represents a viable housing option for renters. Housing policy should not treat private tenancies as simply a steppingstone to owning a house, tenants should be able to establish a home with the security and stability that entails.

Government should re-enter the sector to provide secure and sustainable housing at scale for a wide swathe of the public, as it did in the past. This programme could address a fundamental need and help the Irish economy recover following this emergency. Housing policy could represent a key plank of a new social contract to provide security for all residents.  The social solidarity revealed by this crisis shouldn’t end when the pandemic does.