What was happening in the Irish labour market before Covid-19?

In our latest blog, NERI economist Ciarán Nugent looks at the NERI annual labour market report which tracks indicators related to employment and wages, with a focus on the experiences of young people. 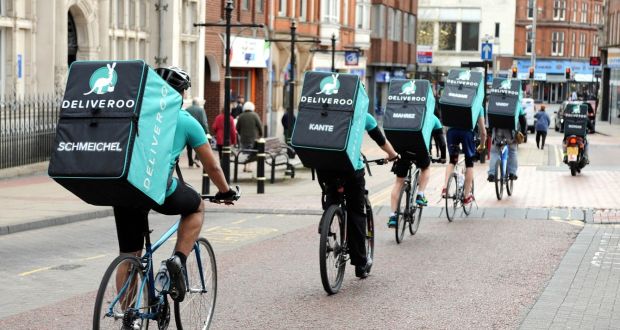 The NERI annual labour market report is out this week tracking a selection of indicators related to employment and wages. This year the report gives a special focus to the experience of younger generations in the Republic of Ireland. The available data does not cover the impact of the coronavirus, which has at the time of writing, upended the Irish labour market. It will likely be a year before we get a full-picture of what is currently unfolding. As such, the analysis offers a snapshot of the Irish labour market as it was at the time the crisis began and can act as a benchmark from which the impact of the crisis can be assessed.

In the final quarter of 2019, the Irish labour market had yet to recover from the financial crisis of 2008 in many important ways. Although the national unemployment rate had just about reached a level comparable to the best years of the Celtic Tiger, the participation rate in Q4 2019 (those in employment and those seeking employment as a share of the working age population) had quite a way to go to return to pre-crash levels (62.7 compared to 66.2 per cent in 2007). The rate had remained flat since 2012, recording a slight uptick only in the last year of available data (from 62.2 to 62.7 per cent). The employment rate of 70.2 per cent (the share of the working age population in employment) was also more than 2 points lower than the peak in Q3 2007 (72.5 per cent).

The unemployment rate for younger groups had yet to rebound from 2008. The data also show that although employment and participation rates had rebounded for older groups from 2008 and even improved for some relative to the Celtic Tiger era they remained much lower for younger ones. The employment rate for younger groups in 2019 were still worse even relative to rates in the late nineties, with participation down as far as 15 points for groups under 25. In addition, almost every indicator of precarious work available showed that younger workers were worse off in 2019 relative to the years leading up to 2008. This includes part-time work, underemployment, temporary contracts and more, despite vast improvements in the education profile of this group in that time. The incidence of temporary contracts for instance, was four times higher in Q4 2019 (24.2 per cent) than in Q4 2005 for under 30’s (5.6 per cent).

Despite vast improvements in the education profile of under 35’s over the past decade or more, over qualification rates have also remained a persistent issue in Ireland. An individual is over-qualified if they have a higher education qualification but work in a job that does not require it. It is an area where we consistently underperform in a European context, with little improvement in ten years. The share of employment in the top three skills (and top earning) categories (Managers, Professionals and Associated Professionals) has grown since the financial crisis, as has the share of Service and Sales employment. Craft and Related Trades employment is still significantly down. The share of employment in Construction for under 35’s was significantly lower in 2019 compared to 2008 while employment in Accommodation and Food was up and on an upward trajectory.

Wages continued to grow in 2019 (2.4 per cent) for a second year running following years of stagnation. At the end of 2019, average weekly wages were just 7.9 per cent up on the same quarter in 2008, in real terms. Of course, using the consumer price index (CPI) for inflation masks the differences in the costs that apply to different types of households (housing costs for renters and homeowners for example). Though nominal weekly wages were up on average by 8.6 per cent in 11 years with inflation of just 0.7 per cent in the typical basket of goods in that period, average monthly rent in Ireland was up by closer to 80 per cent in that time.

Average weekly earnings in Accommodation and Food were lowest and 42 per cent less than the next lowest paid sector at €381. They were highest in Information and Communications (€1,241). Both sectors also recorded relatively high wage growth between 2018 and 2019. For Accommodation and Food, this was driven by an increase in the minimum wage and more working hours. Average weekly earnings also fell in some sectors between 2018 and 2019; Transport and Storage, Financial and Insurance Activities and Real Estate Activities.

Wage growth has been unequal since 2010 (the earliest available data broken down by occupational group) and skewed in favour of those at the higher end of the skill and wage spectrum (Managers, Professionals and Associated Professionals saw a nominal increase of 20.9 per cent in nine years) while average weekly earnings were still down in several sectors associated with public sector employment (Education, Human Health and Pubic Administration). The group who were worst off compared to 2010 were low-skilled, public sector workers whose average weekly earnings were 3.2 per cent down in nominal terms and 9.8 per cent lower in real terms in 2019 than in 2010.

Tags
Employment and Future of Work
Wages and Incomes