Out on our own? A sensible approach to fiscal transfers

Last week the Office for National Statistics released what they call the Country and regional public sector finances net fiscal balance tables. Whilst the name of these publication may not immediately induce interest or excitement, the information contained within them is most important.

Basically put, it is the difference between how much we spend on public services, pensions and welfare in Northern Ireland compared to how much money is raised in here from all the taxes we pay.

In Northern Ireland the amount of public spending is greater than the amount of taxation raised. Often politicians refer to this as ‘the subvention’ or ‘the fiscal transfer’ or ‘Northern Ireland’s budget deficit’. Some of these terms are helpful in understanding this statistic, some less so.

To begin with, there is a health warning with these numbers. These figures are experimental and involve a good deal of estimation and should not be considered as an accurate representation of the current fiscal position of Northern Ireland.

On the taxation side, with the exception of income taxes, we can only make an estimation of how much money is actually raised here in Northern Ireland. For example, VAT receipts cannot be calculated for Northern Ireland precisely.

Big companies, such as supermarkets, report their VAT payment for the UK as a whole. Statisticians then make an estimate as to how much of that was paid by Northern Ireland customers. It gets even less accurate when we look at other revenues such as corporation taxes.

This became an important issue during the debate on the devolution of corporation tax. How could we know how much a cut to corporation tax would cost us when we couldn’t know precisely how much was raised in the first instance?

On the public spending side, the calculations are slightly more accurate, but even still there are some contentious issues. Spending which takes place at UK level is apportioned out to regions on the basis of population shares.

For example, Northern Ireland is assigned a portion of public spending on defence, but that is not the same as the proportion of the UK defence budget actually spent in Northern Ireland. The same issue arises areas such as international development aid and even the monarchy.

There are, therefore, many issues one could raise about the figures reported by the ONS. Technical issues with how the ONS estimates certain areas of spending or taxation are perfectly legitimate. The gap between taxation and spending in Northern Ireland is probably best reported as a range rather than a precise figure which gives a misleading air of confidence.

However, even if people make adjustments that they feel more accurately reflect the actual fiscal position, there is always still a gap. It may be £6bn or as high as £9bn, but a gap nonetheless. Yet too often, this gap is presented as some sort of Northern Ireland peculiarity. It isn’t.

With the exception of London, the East of England and the South of England, the other nine regions of the UK all have a gap between what they spend and what they raise in taxes. Nor is this peculiar to the UK. All large countries have some form of regional transfer.

If each state could afford top pay its own way and there was no need for one state or region to help out another, the case for a union between those states could be called into question.

We should not expect Northern Ireland to pay its own way, it is an artificial fiscal boundary. Why would we stop with Northern Ireland, should we expect individual counties to be fiscally independent? Should Armagh be able to fund all its expenditure from taxation? Why stop there - what about fiscally independent cities? or streets? or households?

The truth is that we live in an interdependent world where the needs or resources of some people a outweigh those of others, and the same is true of regions. We could exist in country where everyone was out for themselves but I don’t think it would be a very pleasant place to live.

We should all be ambitious for Northern Ireland to grow and become more prosperous but fiscal independence is just folly.

This blog appeared as an article in the Belfast Telegraph on Tuesday 4 June 2019.

Taxes and the Welfare State 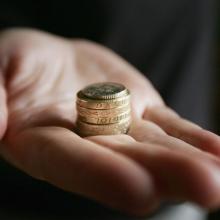 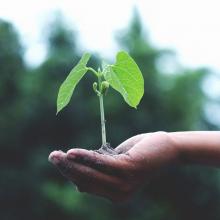 The problem of decoupling: some stark climate…

However, as will be… 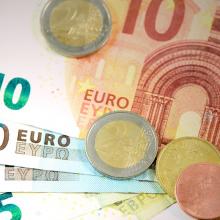 Budget 2021 was a firefighting budget against the twin…