It is important to note that most of this growth is actually due to a compositional change in the Irish labour market in 2020, with big differences in the occupations most affected. Employment fell by 5.8 percent quarter on quarter (an optimistic estimate). Data from the Labour Force Survey release last week show employment losses at the bottom end of the wage distribution have been far more severe with as many as a quarter of low-skill (or elementary) jobs lost in the year up to quarter 2 2020. Employment in the lowest paid sector, Accommodation and Food for instance was down 31.9 percent on the same quarter in 2019 hitting the lower skilled in that sector disproportionately. This lead to an increase in average weekly and hourly earnings of 10.7 and 15.4 percent respectively as the share of employees with higher wages (Managers, Professional etc.) in the sector are now much bigger (i.e. the higher earners held on).

NERI Economist Ciarán Nugent notes ‘this rise is clearly due to a compositional effect as the largest sectoral increases in average hourly earnings were in the lowest paid sectors, which happen also to be the ones with most employment loss due to COVID. In the Arts, entertainment and recreation sector, where weekly wages are among the lowest of any sector (€584), employment fell by 10.6 percent while hourly earnings increased by 12.1 percent. The other two lowest paid sectors other than Hospitality already mentioned showed similar trends. Average weekly earnings in Administrative and Support Service Activities and Other Service Activities were €621 and €534 respectively. Employment fell by in both by 18.8 percent over the year, while average hourly earnings were up by 11.4 and 20.7 percent respectively.’

Employment in Construction also fell by 14.9 percent between quarter 1 and quarter 2, while weekly earnings dropped 8.9 percent.

The highest paid sectors have been doing relatively well. While employment increased in Information and Communication (12.7 percent) and Financial and Insurance Activities (13.4 percent) over the year, so did average weekly earnings in both sectors (by 4.4 and 2.3 percent to €1251 and €1231, respectively). This is despite the impact of COVID, which saw drops of 8.8 and 5.5 percent between Q1 and Q2 2020.

At the same time, while employment actually rose significantly in Real Estate Activities (28.6 percent), one of the higher paid sectors, average weekly and hourly earnings fell (6.1 and 0.8 percent).

For further information, or to arrange an interview in English or Irish with Ciarán Nugent, economist at the NERI, contact Louisa O’Brien, NERI media coordinator on 085 868 9068.

Employment and Future of Work
Wages and Incomes 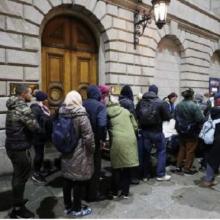 The Central Statistics Office (CSO) published data from the… 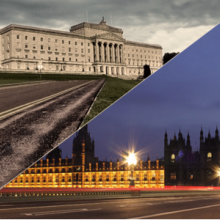 The restoration of the Northern Ireland… 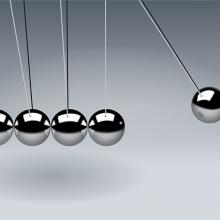 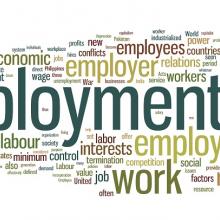 The lockdown, put into place back in March in efforts to get…