This edition of NERI’s Quarterly Economic Observer (QEO) provides an overview of recent economic trends (Section 2) and outlines NERI’s current expectations for the economic outlook in Northern Ireland and the Republic of Ireland (Section 3). The QEO also contains an analysis of the Republic of Ireland’s public finances and considers fiscal policy options in advance of Budget 2015 (Section 4).

Our outlook for the Republic of Ireland is for continued improvement in employment and output in 2014 and 2015. A number of concerns remain including the still high level of private indebtedness, weak credit conditions and the very high levels of longterm unemployment and youth unemployment. Our projections are predicated on an improving outlook for GDP growth in the Republic’s main trading partners in Europe and North America. There are a number of risks to the forecast including the threat of deflation in the Euro area and the potential for a supply side shock arising out of the political difficulties in Eastern Europe and the Middle East. Economic prospects in Northern Ireland are unclear due to the potential impacts of the Scotland independence referendum in September and next May’s general election in the UK. The result of the general election has implications for the UK’s membership of the EU. Despite the uncertain outcome of the upcoming elections in the UK our outlook for Northern Ireland is generally positive.

Based on the analysis outlined in Section 3, our current projections for the Republic of Ireland include:

‐ A decrease in government debt both nominally and as a percent of GDP in 2014 and 2015. The deficit figures will be helped by favourable revisions to the methodology used to calculate GDP along with the pace of the recovery in

The Republic’s public finances remain fragile and a ‘Do Nothing’ stance in Budget 2015 will be insufficient to restore the public finances to a sustainable path. A number of points can be made:

‐ Government revenue as a percentage of GDP is very low by Western European standards and it is evident that there is no room for tax cuts in Budget 2015.

‐ On the other hand further cuts to public spending will put immense pressure on public services, public investment and social transfers. Primary (noninterest) public spending is already low by EU standards, and by modern

‐ On the balance of evidence it appears likely that Ireland’s structural deficit is now close to zero, albeit still marginally in deficit. This implies there is minimal need for additional discretionary consolidation.

‐ However, the debt to GDP ratio is still too high and it is too early to claim the public finances are repaired. Some additional adjustments are needed to place the Republic’s public finances on a sustainable path.

As important as the deficit is, it is just as important to avoid embedding a high level of structural long‐term unemployment in the economy. As people’s human capital degrades they find it increasingly difficult to return to work and this reduces the productive capacity of the economy. Too much, or poorly designed, austerity will reinforce the ‘hysteresis effect’ in the labour force whereby the economy becomes stuck in a lower output equilibrium over the long‐term. The Republic’s low level of public investment is a drag on employment and potential output. An ‘off‐book’ investment stimulus funded from the Ireland Strategic Investment Fund (ISIF) would go some way to addressing this problem.

The budget is about choices. In this QEO we describe an alternative approach to achieving the 2015 EDP deficit target of less than 3 per cent of GDP. We find that a better outcome can be achieved in terms of equity, growth and employment by pursuing a three pronged strategy based on:

‐ A net discretionary fiscal adjustment of €800 million composed mainly of increases in government revenue. We identify revenue measures that are supportive of growth and equity objectives. These include reforms to tax

expenditures and Capital Acquisitions Tax as well as the introduction of a Net Wealth Tax.

‐ The net fiscal adjustment includes a modest increase in social spending as part of a social emergency fund targeted at the most vulnerable individuals and communities. Part of this fund would be reserved for spending on social housing.

‐ The third prong is an accompanying ‘off‐book’ investment package that restores public investment in the Republic to the EU average in 2015. The investment package can be funded through the Ireland Strategic Investment Fund. This off‐book stimulus would not increase the Government’s borrowing requirement.

The more growth friendly choice of fiscal consolidation instruments under the NERI plan, coupled with the proposed off‐book programme of public investment, is estimated to deliver a more benign outcome in terms of GDP growth, employment, and the unemployment rate. The general government balance (the public deficit) would be the same as a percentage of GDP under both plans.

For Northern Ireland we project that:

‐ Economic recovery will start to take hold with modest increases in employment and output.

‐ The pace of recovery will continue to lag that of the UK. 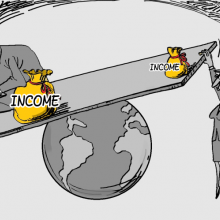 The Survey on Income and Living Conditions, which forms… 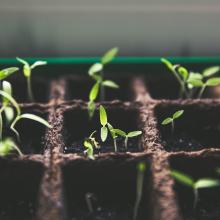 Where do we go from here? Principles for…

The world economy is suffering through its deepest recessions… 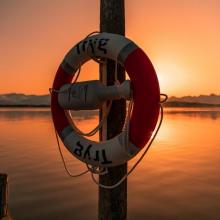 Rescue may not be enough for recovery

The UK budget earlier this month saw the Westminster… 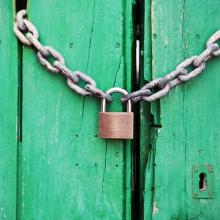